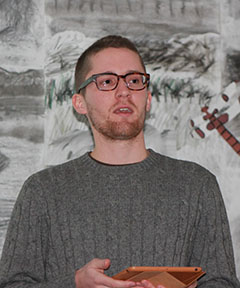 The Amnesty International Club recently invited Tim Fitzsimons ’06 to speak to the 8th through 12th grades about his experiences after graduation. Tim graduated from Tufts University, where he studied International Relations and while there was an active photojournalist. Tim is currently a freelance print, photo, and radio journalist based in Beirut, Lebanon. Previously, he has worked as the editorial assistant at the Washington bureau of The Sunday Times, a news writer for Global Post, and a translation editor for Al-Monitor.

Wooster School was fortunate to have Tim come and speak about his radio and print reporting, and photo journalism career. He has covered a wide range of issues and has reported from Oman, Kashmir, Guantanamo Bay, Cairo, Beirut, Worchester, Medford, and Danbury.

Tim has lived in Beirut for the past two years and explained how the Middle East is a “very up and down journey". He described the different political groups and attempted uprisings in Egypt, Syria, and Lebanon. The audience was mesmerized to hear a firsthand account of world events. Many excellent photographs accompanied his talk.

During his tenure at Wooster, Tim was the President of the Amnesty International Club, wrote and photographed for THE GENERAL, and acted in various Black Box productions. His Senior Independent Study was a photography project, which led to his first newspaper job. Tim urged the audience to learn a second language and treat everyone you meet in the friendly manner exhibited on the Wooster campus. 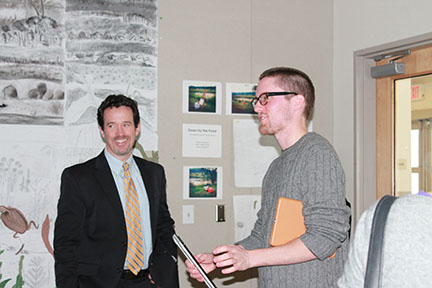 Above: Tim Fitzsimons '06 and Head of School, Matt Byrnes 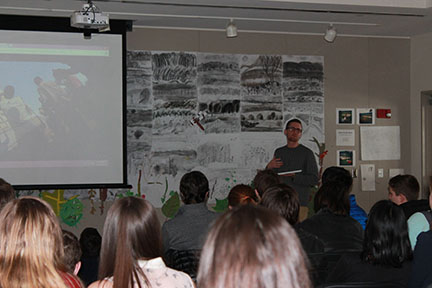 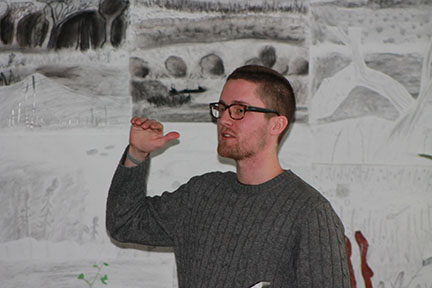