<Back to News
Wooster Students Recognized With Lifesaving Award

Wooster students Alicia Nicoletti '20 and Bayley Storrier '19, along with alumnus Josh Carone '18, were invited to attend the Connecticut Department of Energy and Environmental Protection's Environmental Conservation Police annual awards ceremony on May 24.

Per the CT DEEP, on June 19, 2018 DEEP Environmental Conservation Police were dispatched to Candlewood Lake in the town of New Fairfield for the report of a male and female being pulled from the water. Bayley, Alicia, and Josh were aboard a vessel in the area when they noticed another vessel's passengers crossing their arms to form an "X" and yelling for help, which they immediately recognized as a distress signal. Upon arrival they were informed by the occupants of the vessel that there was a female in the water who was unresponsive. Bayley and Josh jumped into the water to assist an adult male who was attempting to bring the unconscious female aboard his vessel. Once the unconscious female was aboard, Alicia, Bayley, and Josh assessed her for vital signs and visible injuries. Alicia and Bayley provided CPR while Josh applied a makeshift tourniquet to control the bleeding from the victim's right arm. They continued to provide CPR until New Fairfield Fire Department personnel arrived on scene, and remained with the victim until she was transported, via ambulance, to Danbury Hospital. Bayley and Josh also provided detailed witness statements to DEEP EnCon Police assisting in the criminal investigation.

Alicia, Bayley, and Josh's recognition of a life threatening situation, quick action, and attention to medical protocols in providing life sustaining CPR and hemorrhage control care of traumatic bleeding resulted in the preservation of the victim's life on scene. All were commended for their heroic response to action in a time of need.

In recognition of their efforts, Alicia Nicoletti, Bayley Storrier, and Josh Carone were awarded the Lifesaving Award by Katherine S. Dykes, Commissioner of the Connecticut Department of Energy and Environmental Protection.

Wooster is so very proud of Alicia, Bayley, and Josh! 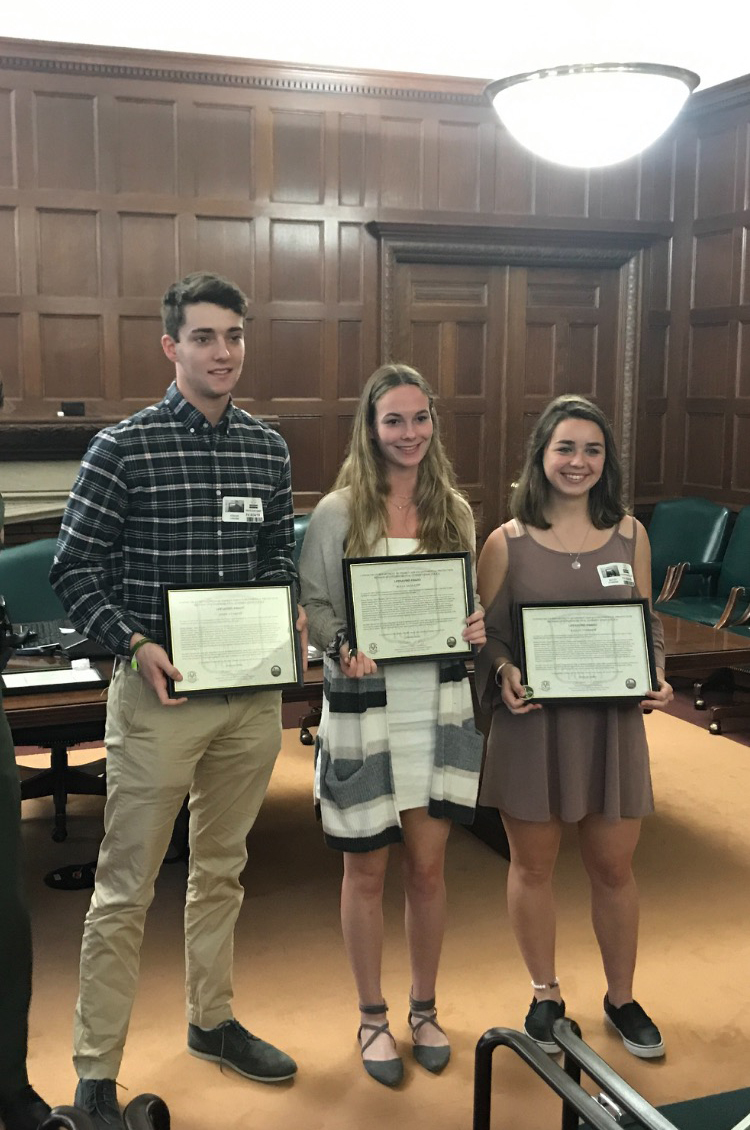