Our Campus is Closed, But We are Open
It's Just Different

Congratulations to Wooster School's Colin Costigan '20, one of one-hundred students selected nationwide as a Semper-Fidelis All-American.

The title of United States Marine is earned, never given. The same is true of a Semper-Fidelis All-American. Becoming an All-American puts students in elite company and allows opportunities that will open the doors to future success. Proudly presented by the United States Marine Corps, the Semper Fidelis All-American Program recognizes high school students who face life's battles with the conviction and determination to succeed. These students embody the same fighting spirit that Marines stand for by taking on the challenges of succeeding academically while bettering their communities and excelling in athletics and extracurricular activities. They have turned obstacles into victories through drive and passion and will be recognized for their achievements at the exclusive Battles Won Academy.

In order to be nominated, students must: be a junior in High School, have a 3.5 or higher GPA on a 4.0 scale, or equivalent, be active in community service, play a competitive team sport, and hold a student or community leadership position.

Colin is an Eagle Scout with Troop 431 in Ridgefield, CT. His Eagle Scout project focused on the refurbishment of a Danbury, CT Police Athletic League outdoor basketball court. Additionally, he is a member of the Order of the Arrow, the Boy Scouts National Honors Society. Colin is a three season varsity athlete, a lacrosse team captain, and a lacrosse New England All Star. He is also a member of Full Court Peace, a cultural immersion program that repairs community basketball courts and provides educational materials in Santo Domingo, Cuba.

Colin was selected for the program based on moral character and academic performance in addition to athletic abilities. Most critically, as a nominee he demonstrated a fighting spirit that improves the lives of his fellow citizens.

As a celebration of his success, as a selected Semper Fidelis All-American, Colin will receive an all-expenses paid trip to attend the four-day Battles Won Academy, held in Washington D.C. in July 2019. There he will participate in daily workouts, an immersive Marine Corps experience on base in Quantico, a community service event, teambuilding outings, and receive a tour of our Nation's Capital. As a selected Semper Fidelis All-American, Colin will also have the opportunity to network with an elite circle of speakers from all walks of life and various industries who will share their inspiring stories of fighting and winning battles in their own lives. Speakers from 2018 included: Sage Steele, Christian McCaffrey, JW Cortes, Robby Smith, Verice Bennett, and the Commandant of the Marine Corps.

In recognition of the importance of building a support system to enable the success of the next generation, each All-American is given the opportunity to invite a mentor of their choosing from their school, sports team, or a community organization to attend the event alongside them. Colin has selected Mike Evans, Wooster School Spanish Teacher and Boys Basketball Coach to attend the four-day Battles Won Academy with him.

Learn more about the Semper Fidelis All-American Program at: https://sfaap.marines.com/. 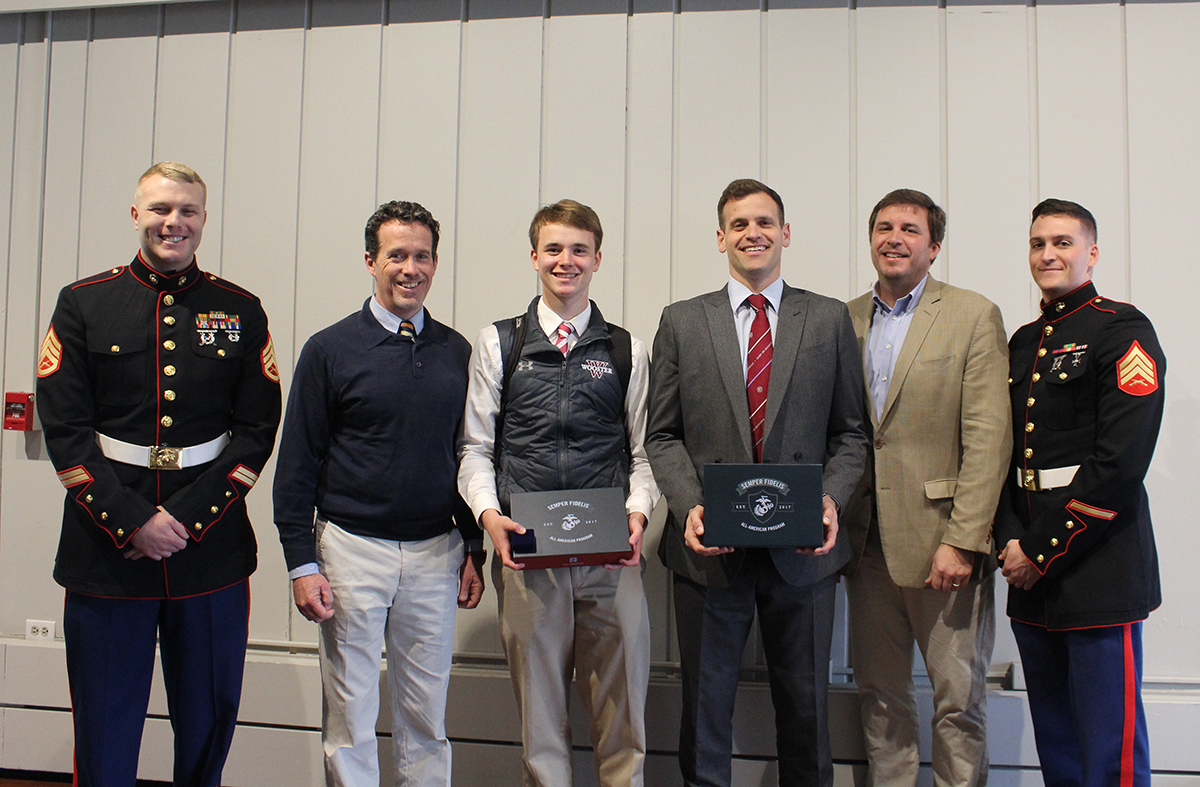 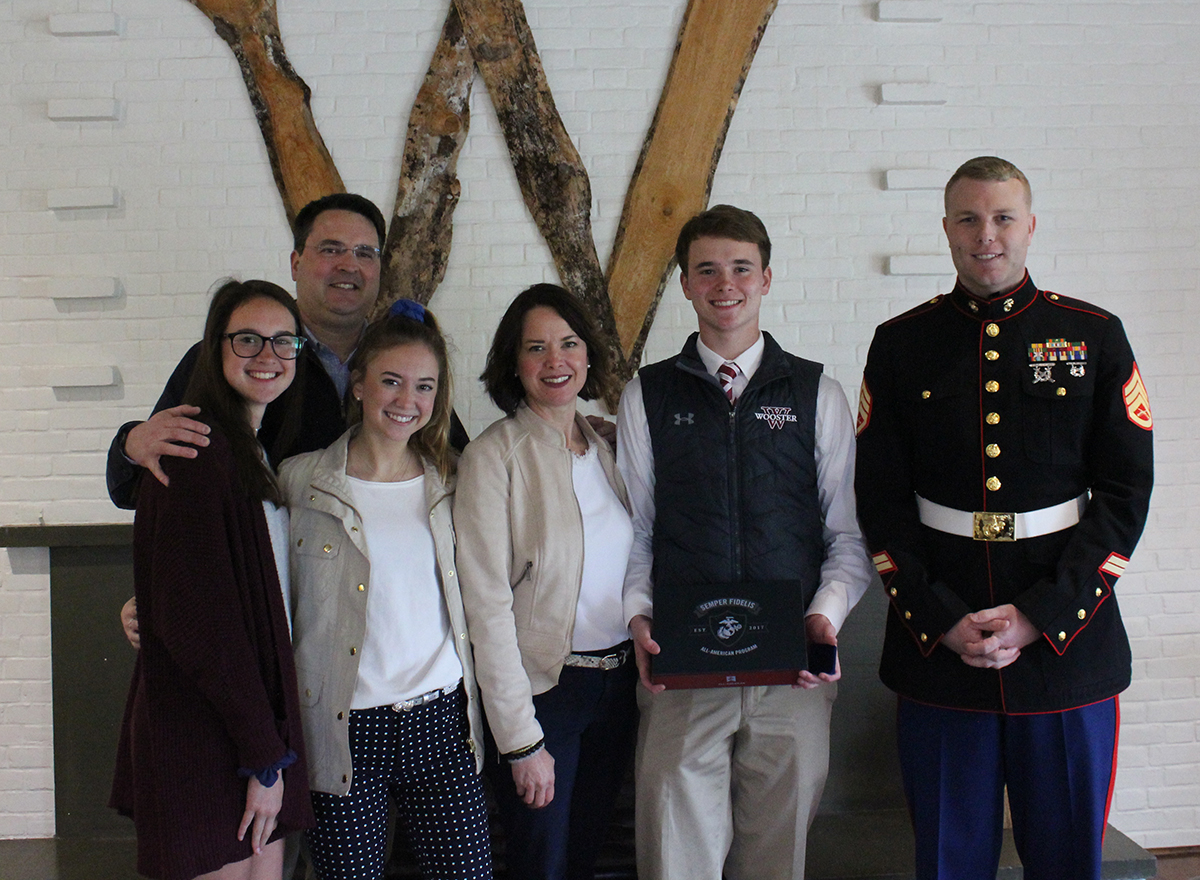 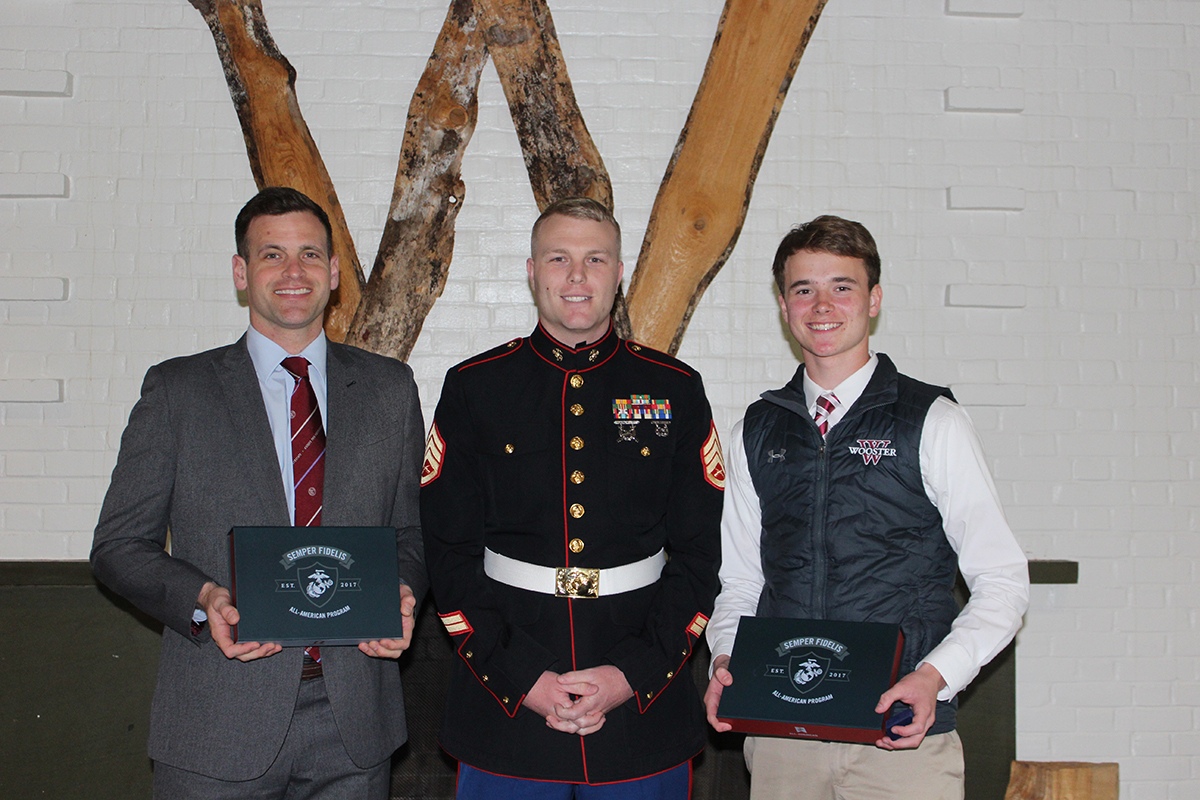