"It [the world] has its periods of illumination as well as of darkness, and often bounds forward a greater distance in a single year than in an age before.â ~ Frederick Douglass

Juneteenth is one of several celebratory days related to the emancipation of enslaved Africans and their descendants. Known as "Freedom Day", "Liberation Day", and "Emancipation Day", June 19th marks the anniversary when General Gordan Granger issued General Order No. 3 informing all people of Texas that enslaved peoples were free. It was not until the ratification of the 13th Amendment on December 6, 1865 that slavery was abolished in the United States. On Thursday, June 17, 2021, President Biden signed legislation making Juneteenth a federally recognized holiday. This will make Juneteenth the twelfth US federal holiday; the first federal holiday established since Dr. Martin Luther King, Jr. Day (1983). The day will be called âJuneteenth National Independence Day.â 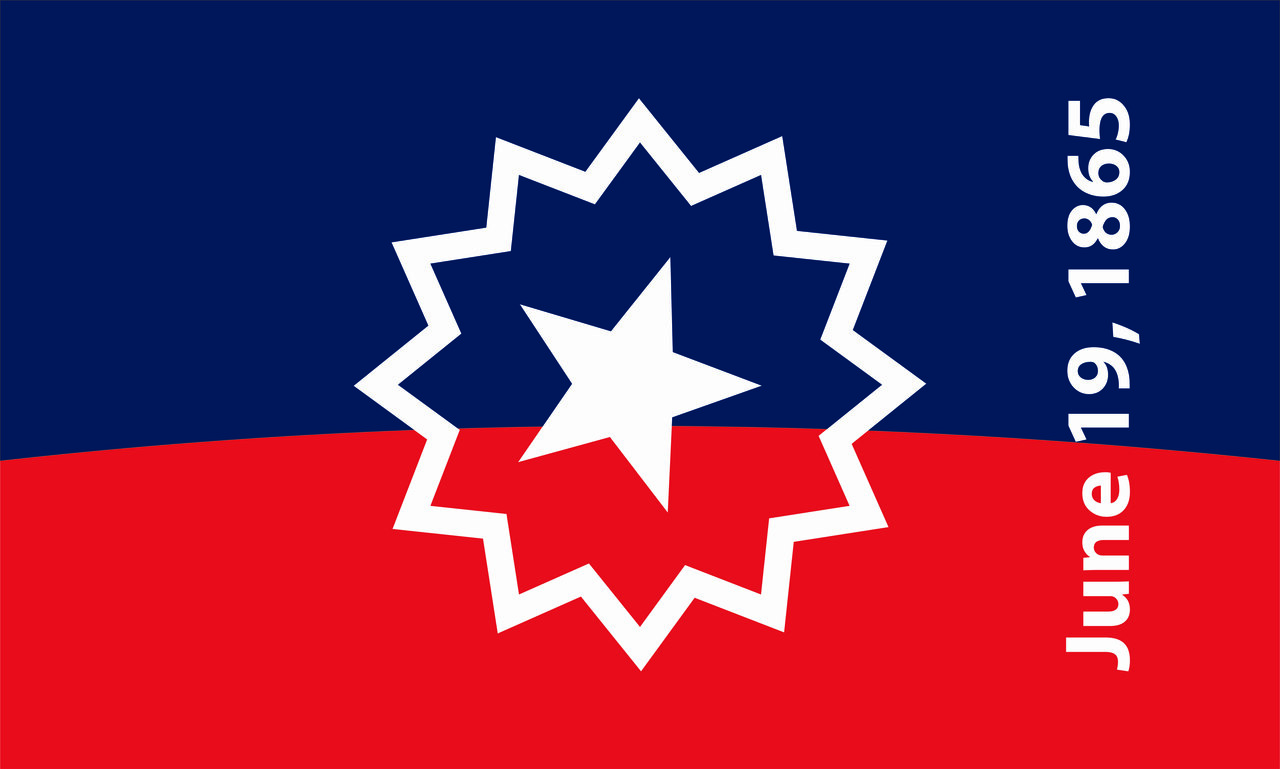 Juneteenth is a day to honor the rich heritage and contributions of African Americans. To pay tribute to this day, we will fly the official Juneteenth Flag which was originally created by Ben Haith (1997) and updated by Lisa Jeanne Graf (2000). The Juneteenth Flag has several meanings:

Ways in Which you can Participate in Celebrating Juneteenth