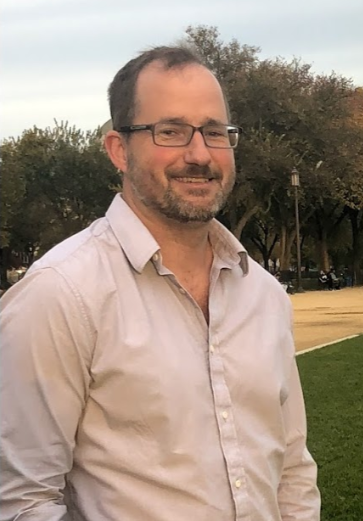 Where are you now? Burlington, MA

What are you doing? At home, I am husband to Kelly and father to Rhys, 8, and Marin, 6, and working hard to raise them with the values that Wooster imprinted in me.

At work, I'm the chief of staff for Massachusetts State Senator Jason Lewis. Two years ago, the Senator's efforts led to an increase in the smoking age in Massachusetts to 21. Last year, Senator Lewis led negotiations for the Senate on a "grand bargain" that yielded Paid Family Leave for all Massachusetts workers, and a $15 minimum wage. This year, he's leading the negotiations to invest over $1.5 billion for public education in Massachusetts, with the vast majority of the funds directed toward the schools educating our students who have the least.

Years prior included work on environmental and climate policy (including passage of a law to place caps on carbon emissions in Massachusetts - the "Global Warming Solutions Act"); and in the area of health and human services, both in the Legislature and in the Executive Branch in Massachusetts.

What is your favorite Wooster memory? I attended Wooster from 6th through 12th grade and there are too many memories to do justice here. There was Mr. Hamilton who found me in tears my first week on campus. I'd left something important behind in a locked room in the science building, and I was late for the next class or something that had me panicked. "Oh Christ", I said, or something along those lines. "HE can't help you," said Mr. Hamilton from behind me, brandishing his keys, "but I can". And a nice bookend: Mr. Hamilton in the last days of my senior year talking me through an English paper he found memorable. I remember fondly Mr. Eynon in his robes leading weekly chapel services when there was no pastor to be had. Hansberry making us run timed miles every week at practice. Nutt challenging me to be more aggressive on the pitch, and his team prayer before the games. Ms. Jochem at lunch talking about becoming a new parent. Working with Maggie Jones and struggling to talk to high school kids about HIV and naughty behaviors. Don Quixote days, senior skip day. How kind the teachers and staff were when a family tragedy struck. How hot the water feels that first time working on KP. Those little moments on the sports fields or in the student center or just walking the grounds with friends and classmates; there's very much a feeling of home about the campus that doesn't seem to shake even as the years go on.

What impact did your Wooster education have on you? There was a moment over the reunion weekend in the varsity boys soccer game that another alum and I later talked about. Two Trinity Pawling players collided, and the Wooster athlete that had deftly evaded the blow stopped a moment to check on the well-being of the injured. A small moment of humanity but an illustration in some small way of Wooster. Play smart. Play hard. Work hard. Care hard. Check on others. Think about others. Be the good you want to see in the world. I've been involved in some leadership courses and trainings and found there's nothing new under the sun - we learned leadership every day at Wooster without knowing it. I certainly didn't appreciate at the time - but I very much do now - the tremendous privilege that a Wooster education represents, and the attendant responsibility to pay that privilege forward.

What advice would you like to share with current Wooster students? Some day you're going to be asked by young people for advice on dealing with the world. You're not going to be ready for it, like I wasn't when some college students recently asked me how I wake up every day. I was taken aback - the question had not occurred to me. Was I not as attuned as they were to the terrible events in the news? Was I overly optimistic about the fate of the world? I don't think so. After some reflection, I think the next time I'm asked, I'll answer them that what we can accomplish at any single point in time is bounded by our ambitions and our capabilities at that moment. To each according to their own, to each according to their ability. When times are dark, personally or more globally, reach for what you can touch and influence, do your part to make that little bit of your world brighter, and have faith that you're not alone - that there are others out there doing their parts too.