Cordelia Manning, former Admissions Director and patron of the arts, served as a very special guest this year to the annual evening with the Arts and Letters Society on Thursday, April 25, 2019. The mission of the Arts and Letters Society is to promote the aesthetic growth of the Wooster community. This includes generating relevant programs that educate, enlighten, and excite the student population by exposing them to a culturally diverse world rich in music, theater, dance, the visual arts, film, literature, and poetry. The committee works to further the development of a campus enlivened by the arts, connect the Wooster community to the larger world, and promote the self-expression and creativity of all. 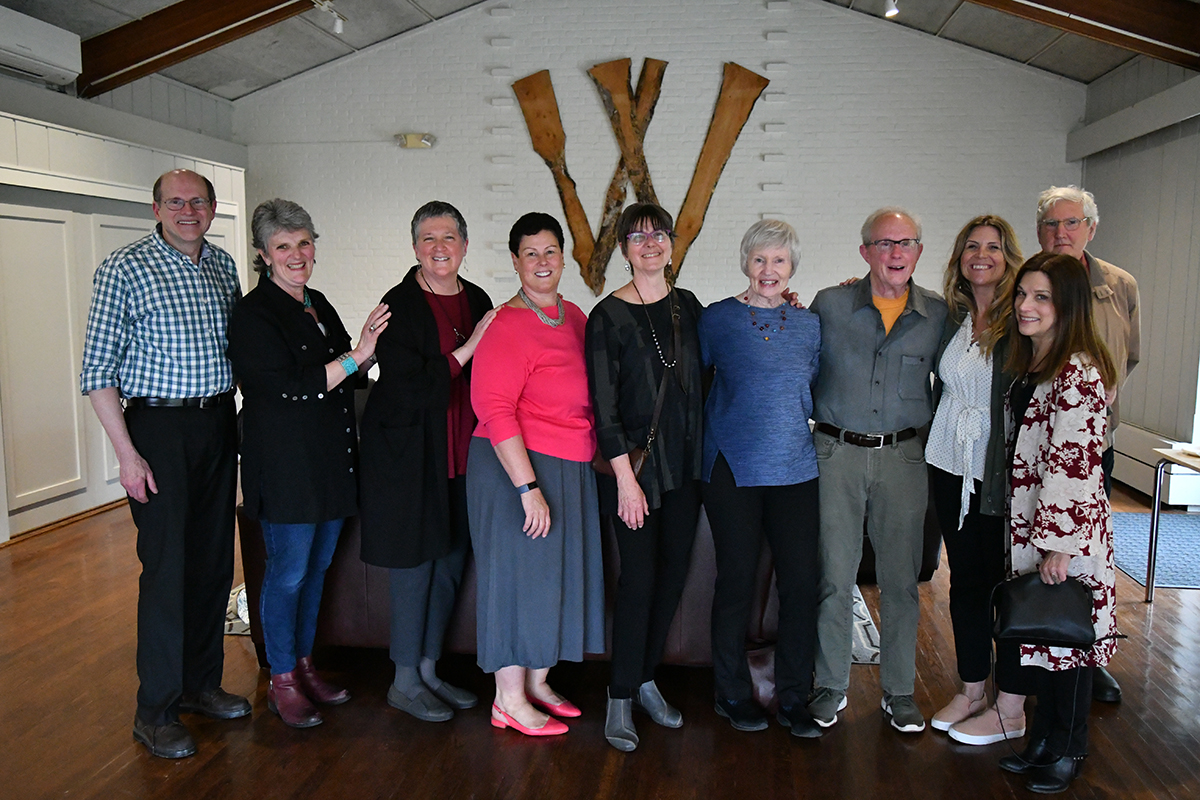 After a reunion tea with several founding members, Cordelia (Dee) was on hand to award the Cordelia Manning Award to this yearâs deserving recipient, and spoke eloquently about the Cultural Committee, its inspiration and inception, and some of its wonderful initiatives, including the renovation of the chapel.

Wooster has always been strong in the arts but it is because of the dedicated efforts of the Cultural Committee (later renamed Arts and Letters from 1999 on) that the arts gained renewed prominence in the curriculum. An advocate of exposing our students to the world of the arts, Cordelia and the committee spearheaded cultural events on campus. Wooster's partnership with Creative Connections stems from this time, as does our tradition of inviting visiting artists to perform and work in our midst. The annual evening event showcased the work of the young performers and artists in the Upper School. Read Dee's presentation here.