Yesterday was the start of the Middle School play, the Lion King. There was a lot of excitement with the cast and crew with the anticipation of the start of the play. I talked to some to the actors, backstage crew and Mr. Henderson to get more information about this exciting event.

The Lion King is Mr. Henderson's first Middle School show at Wooster, so I decided to ask him what some of the differences between Upper School and Middle School plays are. For starters, he explained that most of the kids that are involved are doing this for their first or second time. Whereas more seasoned high schoolers have experienced what it's like to be involved in a play several times.

The middle schoolers being so new comes with many new adventures, such as learning to be quiet backstage. Mr. H jokingly said that sometimes the middle schoolers, "are more talented." He then explained that sometimes the older students just think way too much whereas younger students just do it without a second thought. For example, Mr. H said that, "the middle schoolers can wire a soundboard much faster than the upper school students." It became very clear after this conversation that you shouldn't doubt the talents of these younger Wooster student because they are just as talented if not more than their upper school peers.

Yesterday, you definitely couldn't miss the Lion King cast and crew with their bright yellow shirts. In the locker room before their dress rehersal you could sense the nervous anticipation.

One 8th grader, Sadie Drahzal, who is playing Zazu, explained that this experience, "really enjoyable and I like working with the cast, so it's fun!"

I asked some of the actors whether or not they have seen the movie or not. Most of them said they have but they are starting to realize the real lyrics of the songs and have been singing the wrong their whole life! The general consensus of the room was that they had an amazing time in rehearsal, and they are excited but nervous for the performances. 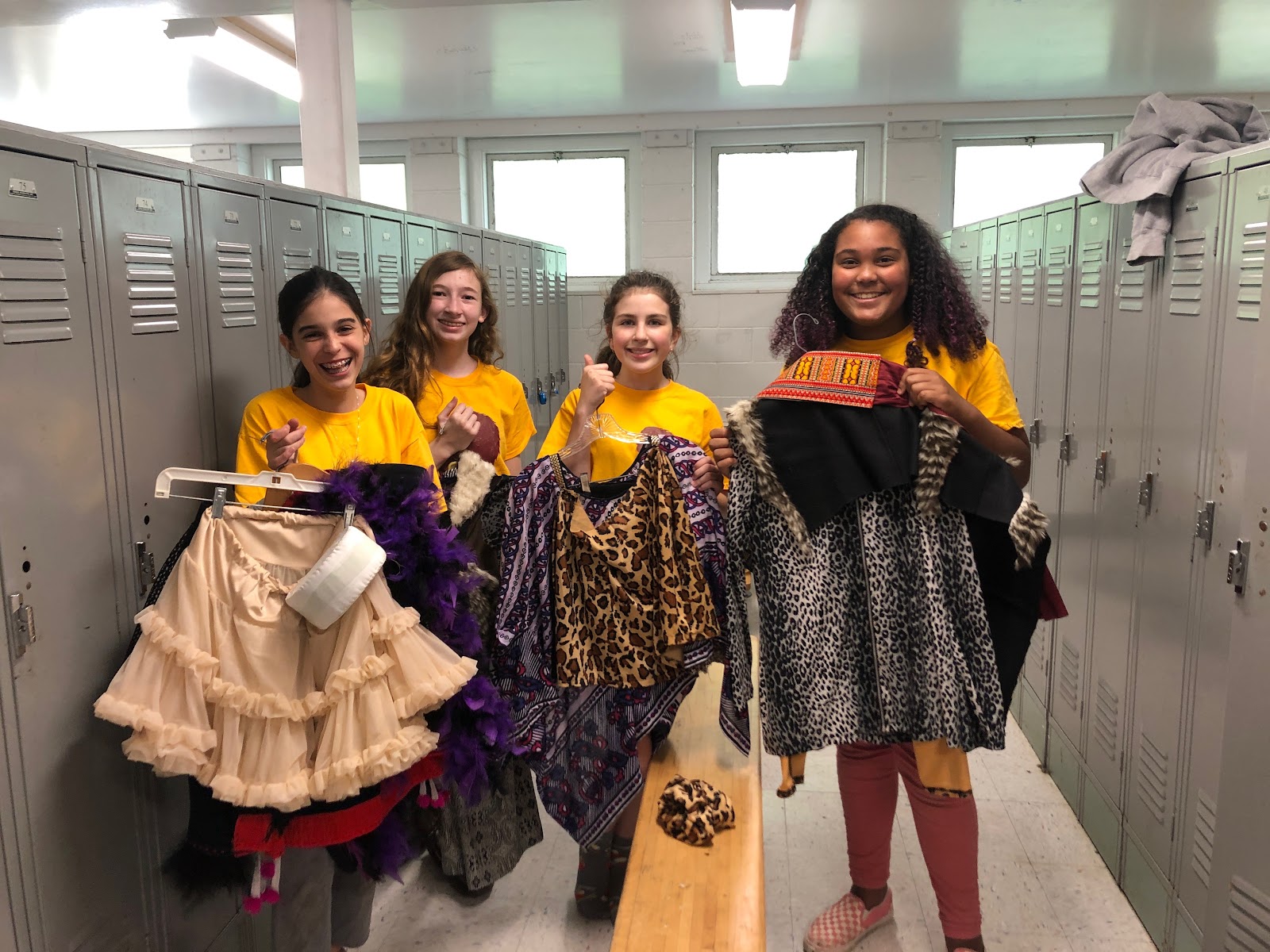 These dedicated students have put in so much work into this play and it seems to be paying off! Seeing such enthusiasm for theater at a young age is an incredible thing to witness. This play is in such high demand that the tickets are sold out! These shows are in high demand and you should jump at the chance of seeing them perform next.