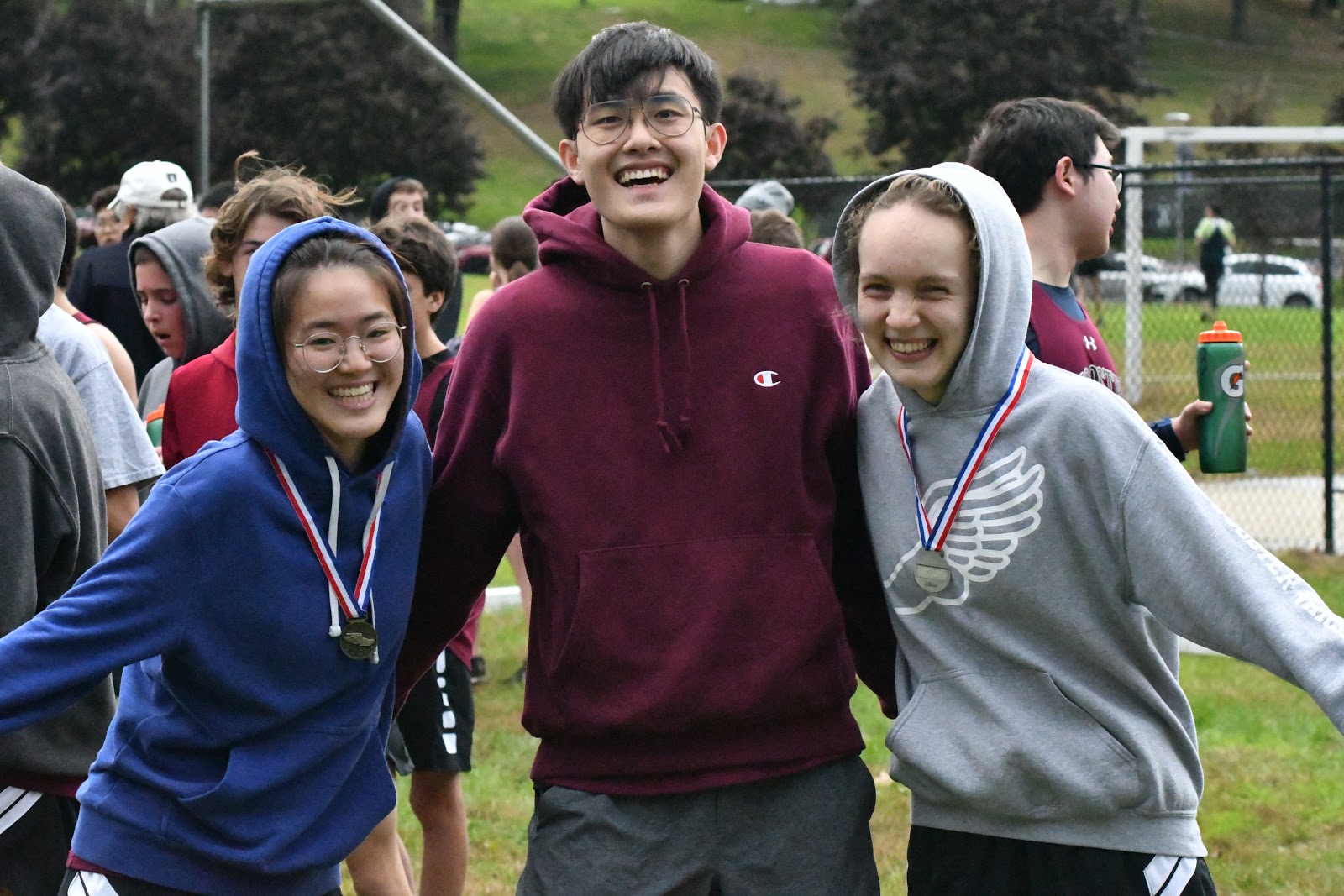 Our biggest rival and threat was definitely Chase, in boys especially. The race was a cold and rainy one. The first race was the boys race. The terrain of the course was a mainly flat one except for a huge hill around the 1 Â½ mile mark. In the end the boys came in 3rd place.

The girls race came next. The girls from Wooster competing in it were Amelia Vail, Cara Costigan, Hailey Looney, Grace Young, Julia Bauer and Ingrid Li. Lauren Guzzardi has been injured for almost the whole year and has still competed in some races.

When the starting horn was blown, Amelia and Cara quickly got ahead of the rest of the runners. When they crossed the corner into the woods all we could do was hope they could keep that pace for the whole race and win. The first Wooster runner to finish and the first runner to finish was Amelia with a time of 20.53! Cara finished soon after with a time of 22.18, Julia with 22.26, Ingrid with 26.58, Hailey with 27.44 and Grace with 28.15. When the results were in it was announced that the Wooster girls came in 1st place!

About the win Cara said, "we all worked hard to get to places where we could win and it paid off! I'm super happy the seniors could win for their last Wooster XC season."

Hailey said, "it was a really fun experience just to go to HVALs and winning made it even better. It was really cool to win a championship after just a month and a half of going to Wooster."

Ingrid told me, "I am so happy that we won the HVALl! At the beginning of the season we were kind of worried because we didn't have many girls on the team and many girls were injured. It is amazing to see how each of us on the team worked so hard to contribute. I remember during the HVALl, when I followed Grace and Hailey, I felt a strong sense of community as we ran together."

The number #1 finisher, Amelia, said "It was so much fun competing in this race from start to finish and I'm so happy with not only my time but all the girls on team!" Well done girls!