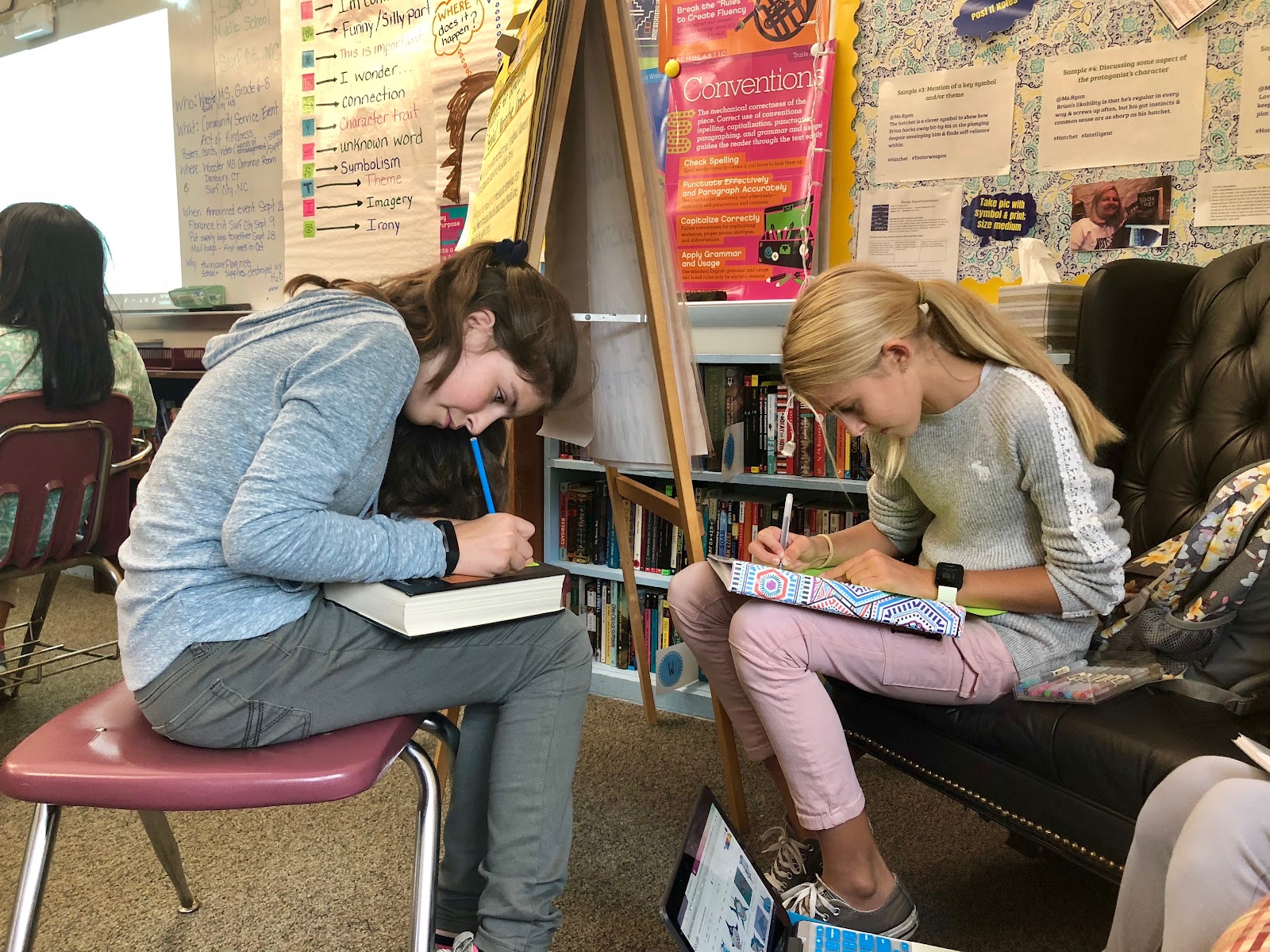 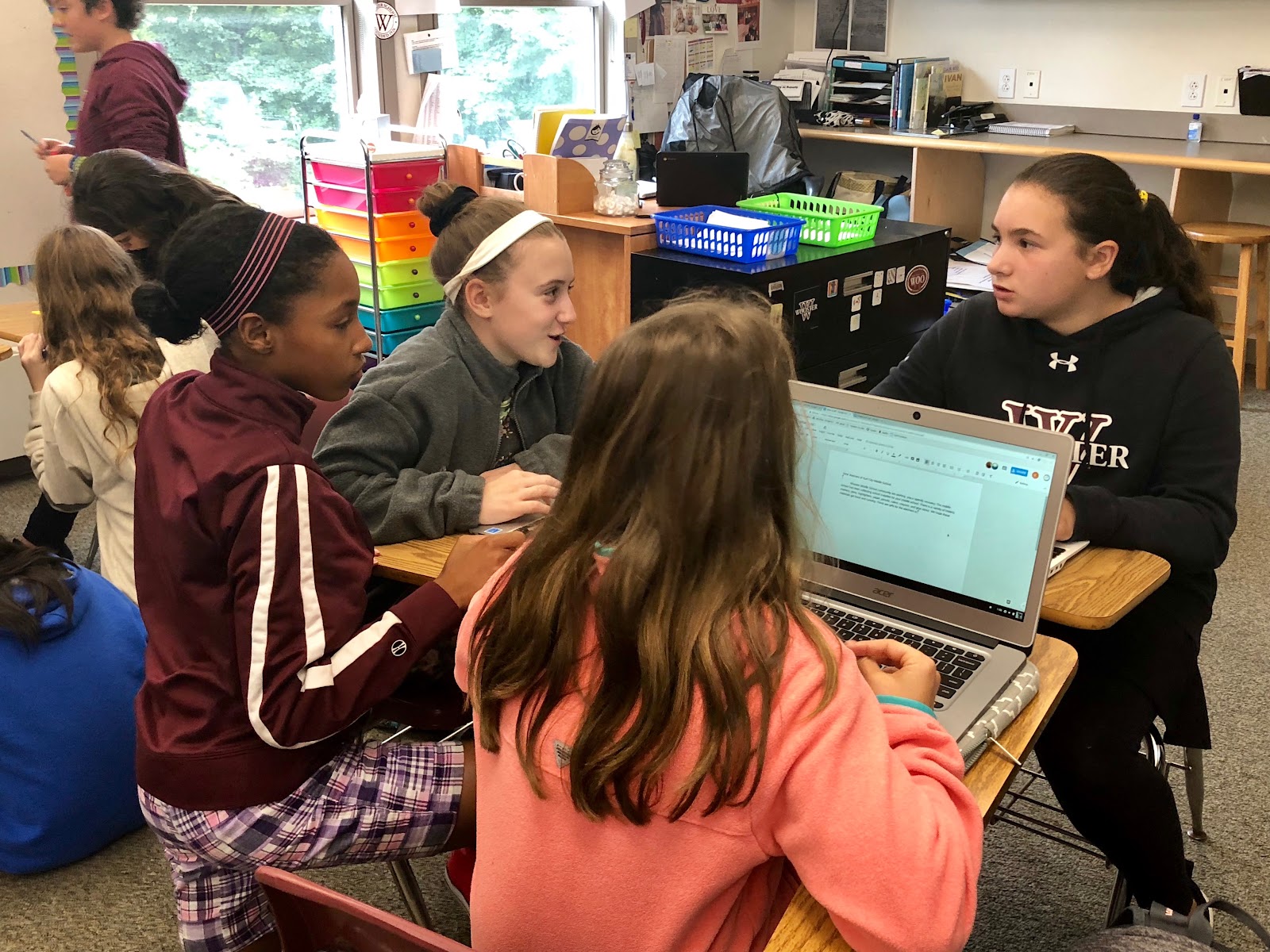 Wooster Middle School students are helping Surf City Middle School, in North Carolina get back on their feet after hurricane Florence, one of the worst storms to hit the east coast.

On September 14th, hurricane Florence made landfall in the Carolinas as a Category 1 hurricane. Even though it wasn't an extremely strong storm, its pace was deadly. Moving at two miles per hour, slower than a person walks, it dumped feet of water for days and days, causing people to evacuate all along the coast. One town, in particular, was devastated by this storm. Surf City is a small town on a narrow peninsula which made the flooding even more extreme. Even though the building of Surf City Middle School was brand new and was able to withstand the eighteen feet of flooding, everything in the structure was not quite so lucky. Everything from computers to pencils to books was soaked and ruined, unusable for the students who are planning to return to school during the first week of October.

About six hundred miles up the coast, a Connecticut private school, in Danbury called Wooster knew that they had to help. The whole middle school, grades six through eight, came together and organized several projects to help the Surf City Sharks recover from this disaster. As Wooster students, it is our responsibility to be gentle, generous, truthful, kind and brave. To not help the people who had to go through this disaster would be violating these rules. Three eighth graders from Wooster, Presley Damiano, Kailey Singhal, and Chiara Bakalar made a video to help the students in Surf City to stay positive through all of the hardships they have to face now recovering from the hurricane. Some students made inspirational posters and have hung them on the walls of the Wooster Middle School. Since all of the school supplies in Surf City Middle School were destroyed in hurricane Florence, Wooster students decided that it would be a good idea to collect materials for the students and send them to Surf City to help get the school back on their feet. Each Wooster advisory was assigned a type of school supply. Highlighters, paper, pencils, pens, folders, glue sticks, and rulers, were collected among other items.

On September 28th, during Community time, all Wooster Middle School students met in the middle school common room and helped distribute the materials evenly into bags for each Surf City homeroom. These bags are going to be shipped to North Carolina sometime during the first week of October, just in time for Surf City's school to start up again. Wooster Middle School really hopes that the Surf City sharks will recover from Florence as soon as possible and that the school supplies will make the transition back into normal life a lot smoother. In the words of Cara Costigan, an eighth grade Wooster student; " Never fear! Wooster is here! " 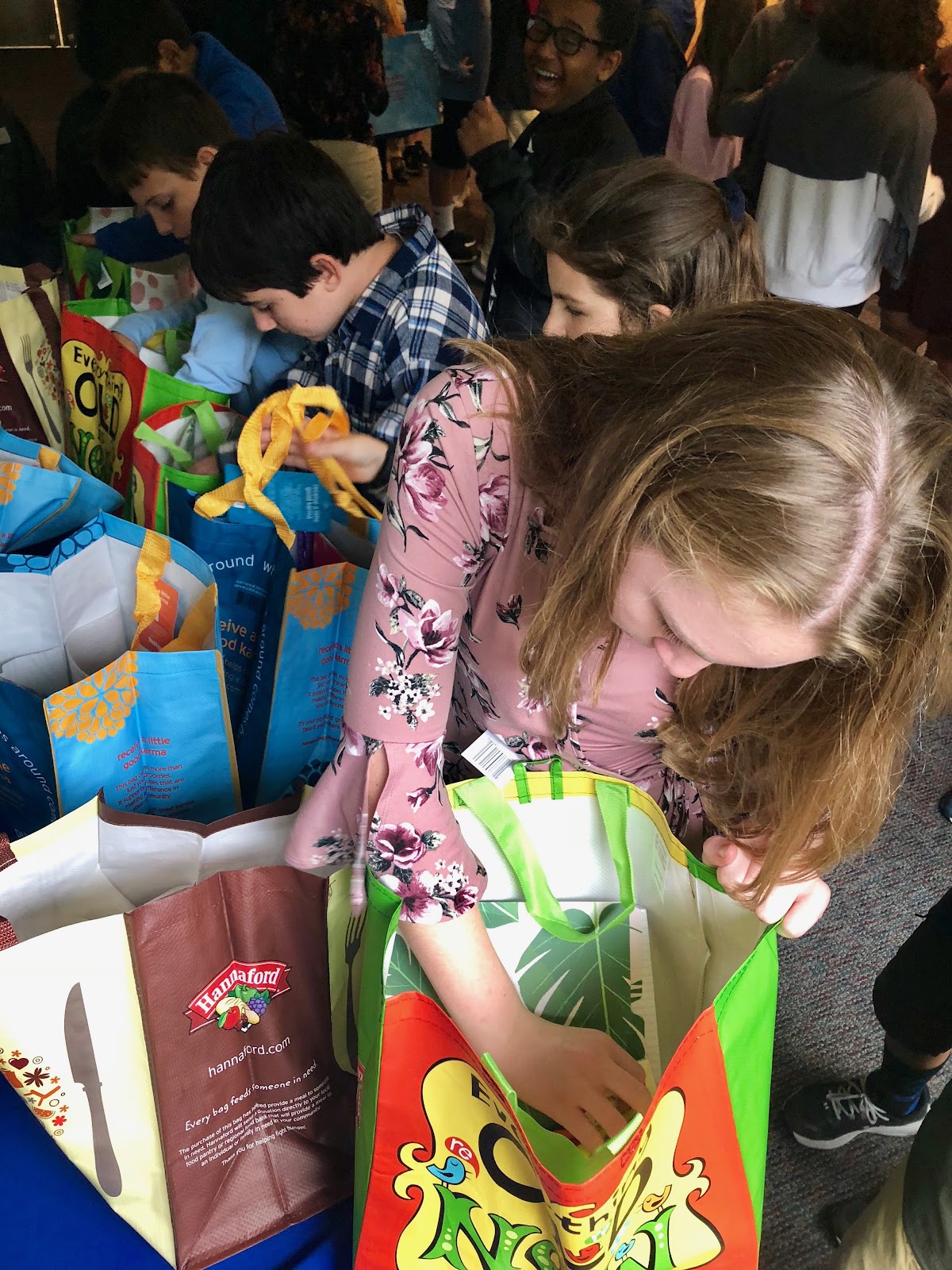 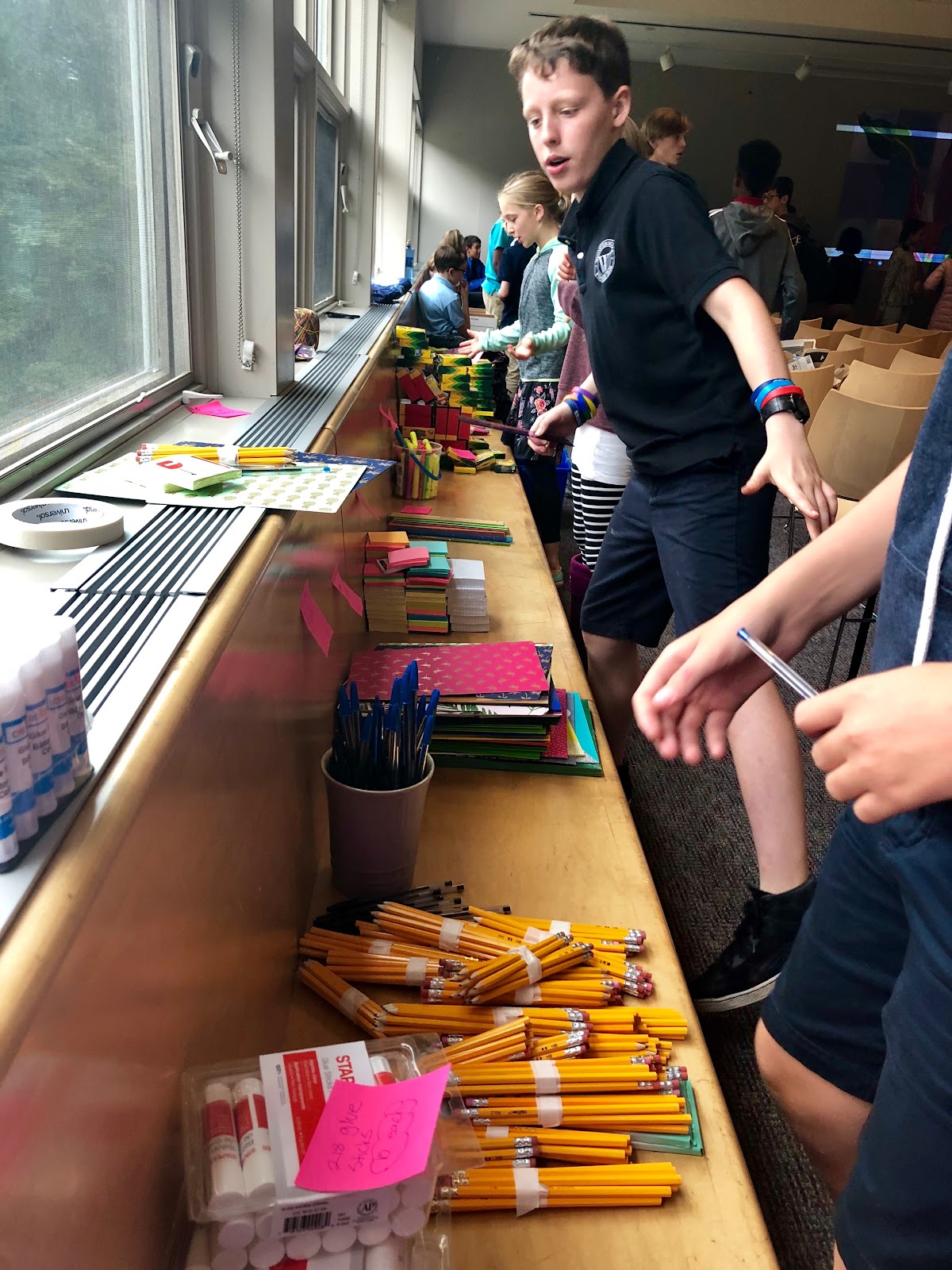 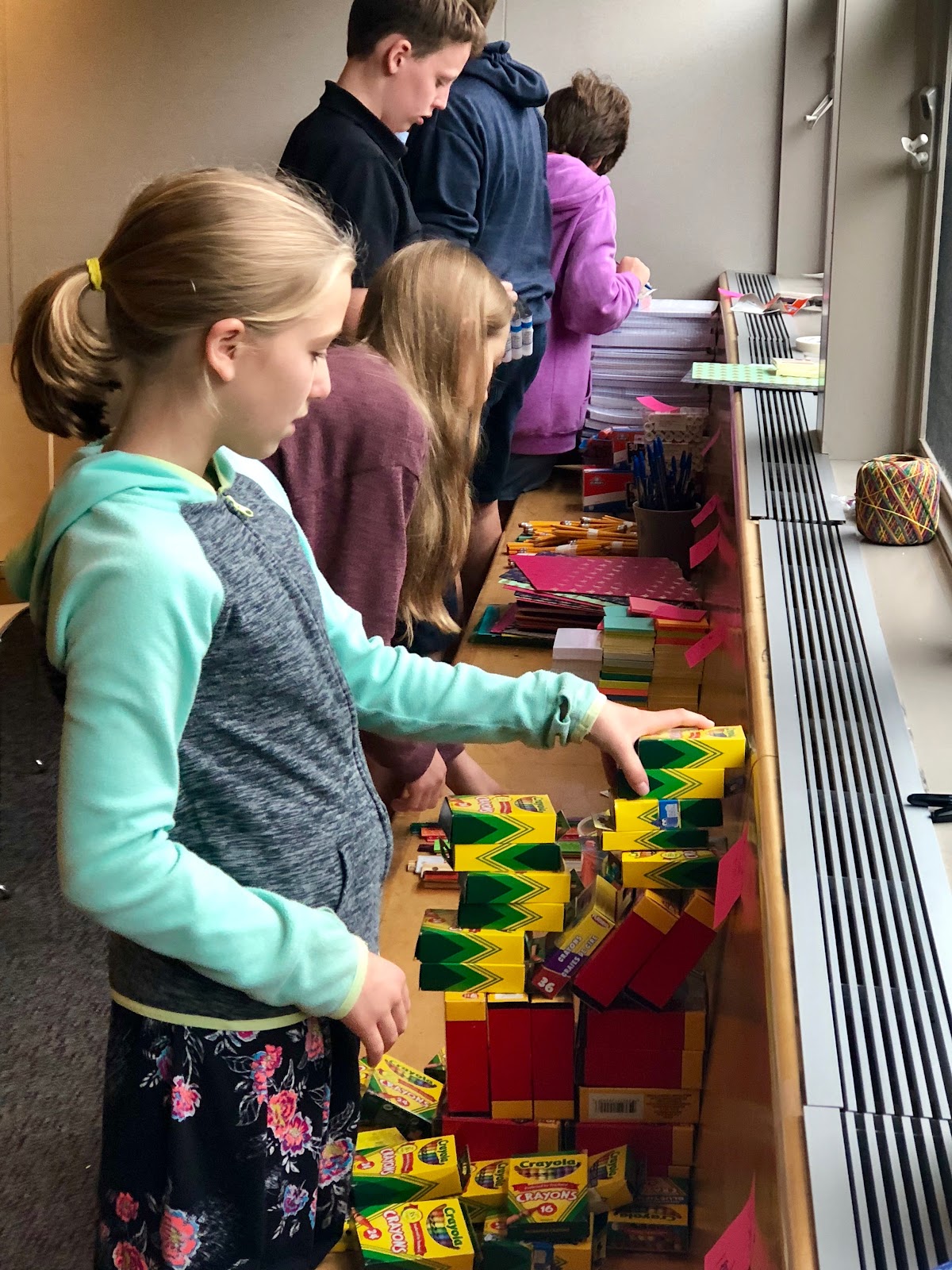