This Monday, Maryland (No. 1) vs Cornell (No. 7) had their final game for the Division 1 NCAA Championship. Cornell had just come from a hard fought win against Rutgers (No. 6), with Cornell winning 17 to 10. Maryland played Princeton (No. 5), winning 13 to 8, in the semifinals on Saturday night. Maryland was led by Logan Wisnauskas, who had four goals, and Keegan Khan, who notched three. Bring both teams to the finals where they have fought since the 1970s. Maryland came into the finals 17 - 0 and Cornell came in 14 - 4, and Cornell was a clear underdog and most people wanted to see Maryland go for an undefeated season win. The game started with Maryland dumping in a quick goal. Something that Cornell knew they would have to stop is Maryland's offense with the number #1 pick Logan Wisnauskas going to Chrome for the PLL.

Both teams had many good players but the way the game turned out would differ many opinions on both sides of their fans. Maryland took a quick lead and Cornell came in slow and didn't score much in the first, but kept their sleeves in the game still showing effort. At the half, the score was 7-2 and that was when both teams showed which team wanted the win more. Maryland put in another and was putting Cornell into a deeper hole scoring another, but following that Cornell started to come back and scored their 3rd goal, gaining momentum, and started making the game interesting. As the final quarter progressed, the game got more intense with Maryland putting in another 2 goals. Cornell, seeming to be too far behind, started to come back, and put in another two goals making the score 9-5. Cornell kept the momentum, scoring another goal with just under a minute left, to make it 9 - 6. With the game getting closer in score, Cornell put in another, making the score 9 - 7, with time being just under 30 seconds. Cornell got the ball after the face-off, taking down to the goal and was stopped by Maryland who slowed the ball down and waited the game out until they won! Final score 9-7, with Maryland's undefeated season in tact. 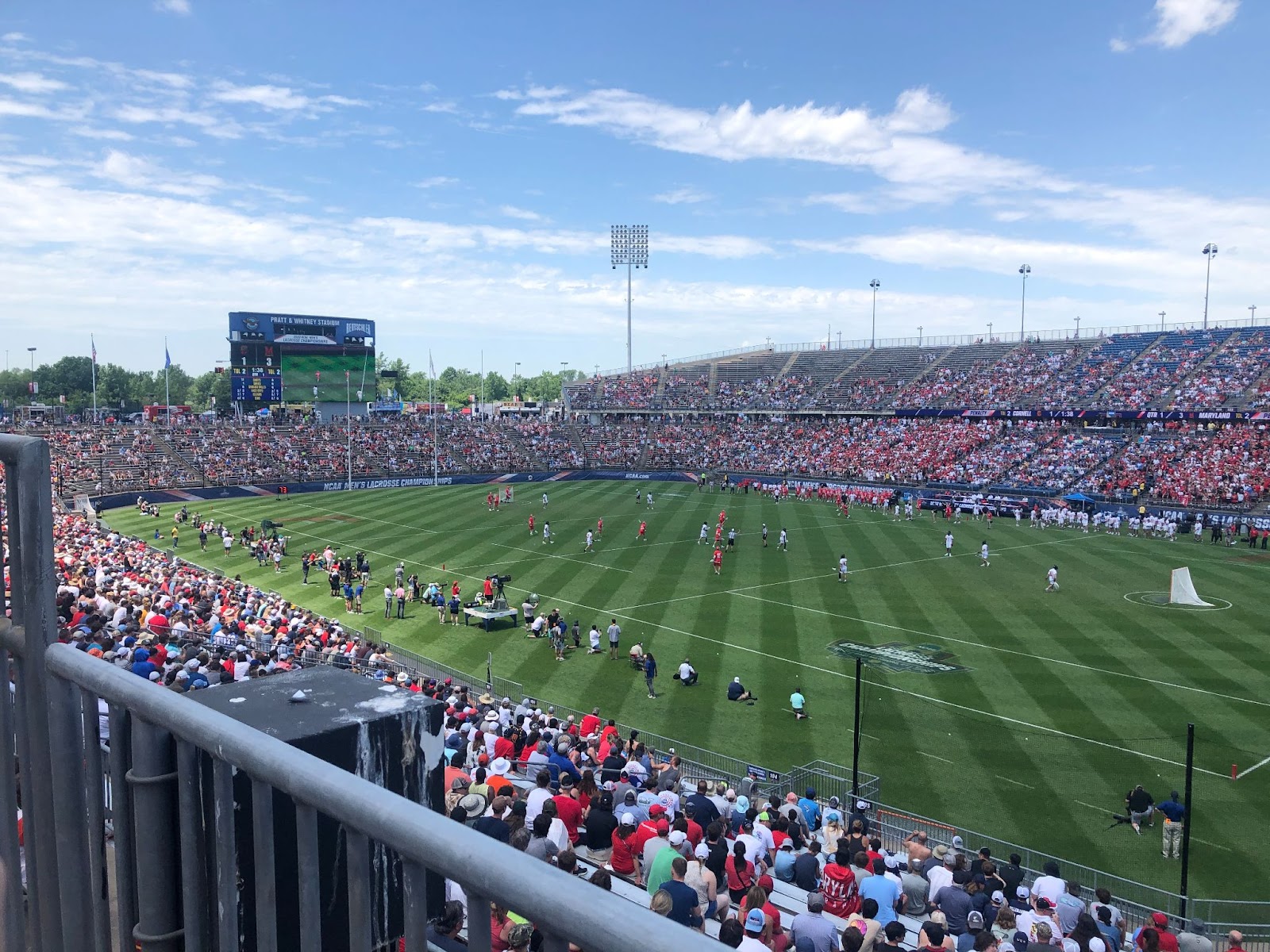