This winter, Mike DeRienzo, also known as "Coach Mike" or "Mr. Mike," joined the Wooster community as the new Varsity Hockey coach. Little did he know, he would quickly become a bigger part of the academics and sports at Wooster.

In March, I walked into my DLI history class to see Mr. Mike as the sub. The week after that I walked into my math class to see Mr. Mike as the sub. In the next coming weeks, all we heard about was the new sub, "Mr. Mike." Then we were hearing the Middle Schoolers talk about the sub in their Spanish class or English class, and he quickly became a familiar face for all on campus. Mr. Mike can be seen in all parts of campus, including the fitness classes, and even music. Mr. Mike truly does it all. In the spring, he took on the role of assistant coach for the Varsity Boys Lacrosse team and Head Coach for the golf team. When our Ultimate Frisbee team needed a new head coach, guess who stepped in... Mr. Mike! One day into his head coach position, he traveled 132 miles from Wooster to Mount Hermon, Massachusetts, to coach his new team in the NEPSUL tournament. He is also the middle school PE teacher every afternoon and can be found running around on the turf playing Ultimate with them. Mr. Mike is ready for any role in our athletics department.

So who is Mr. Mike anyway?

Mr. Mike majored in business management at Bentley University and attended Villanova University for law school. He spent the first few years of his career in high-stakes litigation prosecuting government fraud in NYC. After he and his wife moved to southern Connecticut he opened a small practice focusing on alternative dispute resolution and human rights laws in West Chester. He also owns a small consulting studio where he works to launch companies and help others achieve their goals of owning their own business.

Mr. Mike plays a huge role in athletics outside of school by also coaching/giving private lessons to youth hockey. This past December Mr. Mike was given the chance to coach hockey at Wooster and found his love for working with kids. Therefore, he is switching careers to work in education full time but will still practice his Pro Bono Asylum Case to give back to the community. Mr. Mike works with all ages in all different settings. He explains "I like coaching and teaching all ages here at Wooster. I enjoy working with the middle school students and helping them learn the fundamentals and to enjoy their time at school. I also like working with the upper students to help them think differently in how they approach the problems they face on and off the field/ ice. My favorite part of being here at Wooster is the sense of community and the genuine love that the students have for one another. In a world full of division, it is a rare and beautiful thing to see and I feel lucky to feel a part of it."

We are very thankful to have Mr. Mike around campus and are so happy he is able to be flexible with his time to provide the most to our students.

Mr. Mike is truly Magic Mike. He's everywhere all the time, from teaching a variety of different subjects to throwing a frisbee, Mr. Mike is almost like Where's Waldo? Instead of a bright red and white striped shirt, you can identify Mr. Mike by his iconic Wooster polos and his messenger bag.

Where is Mr Mike?

Try to find Mr. Mike in a variety of different settings. 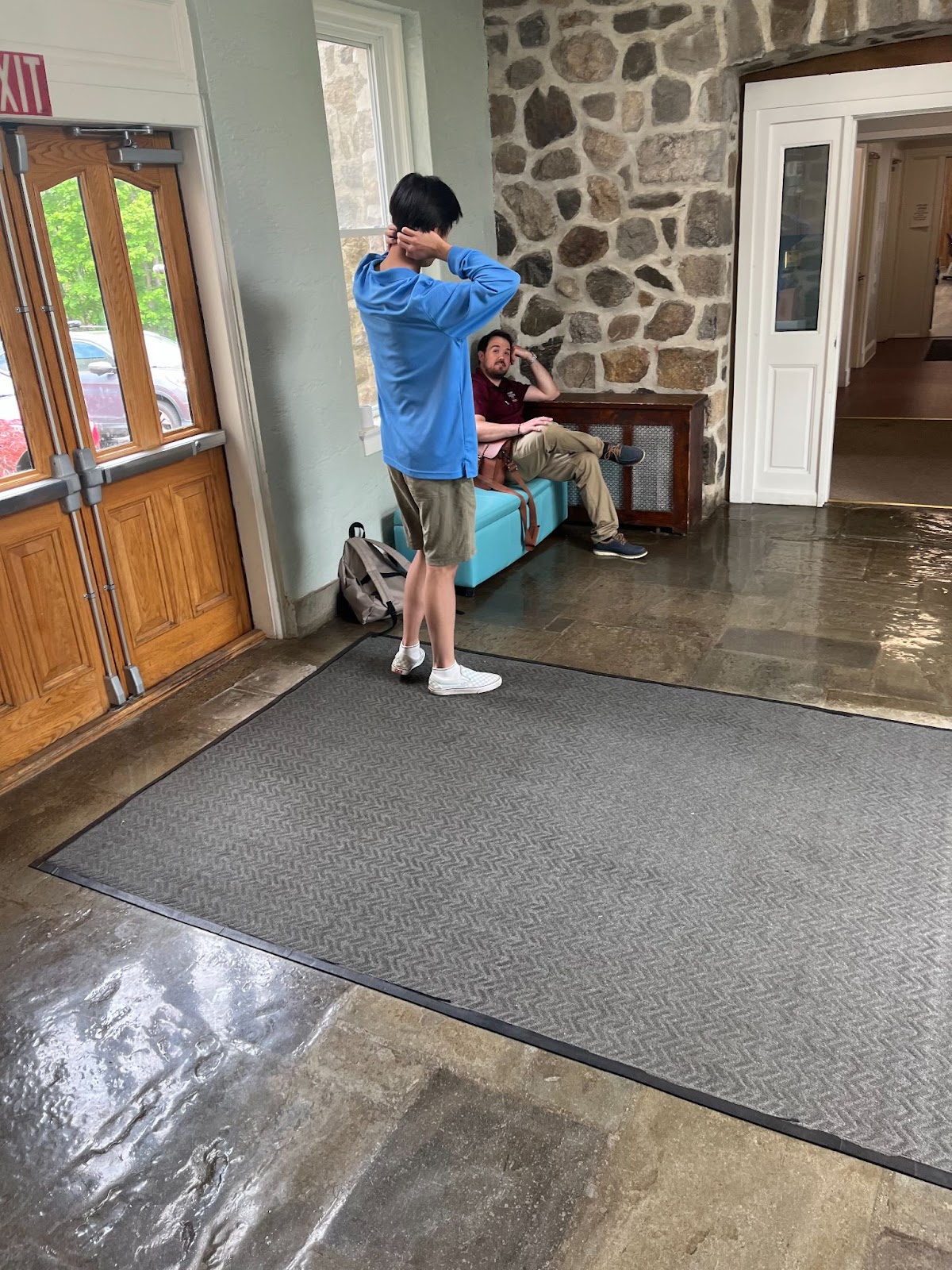 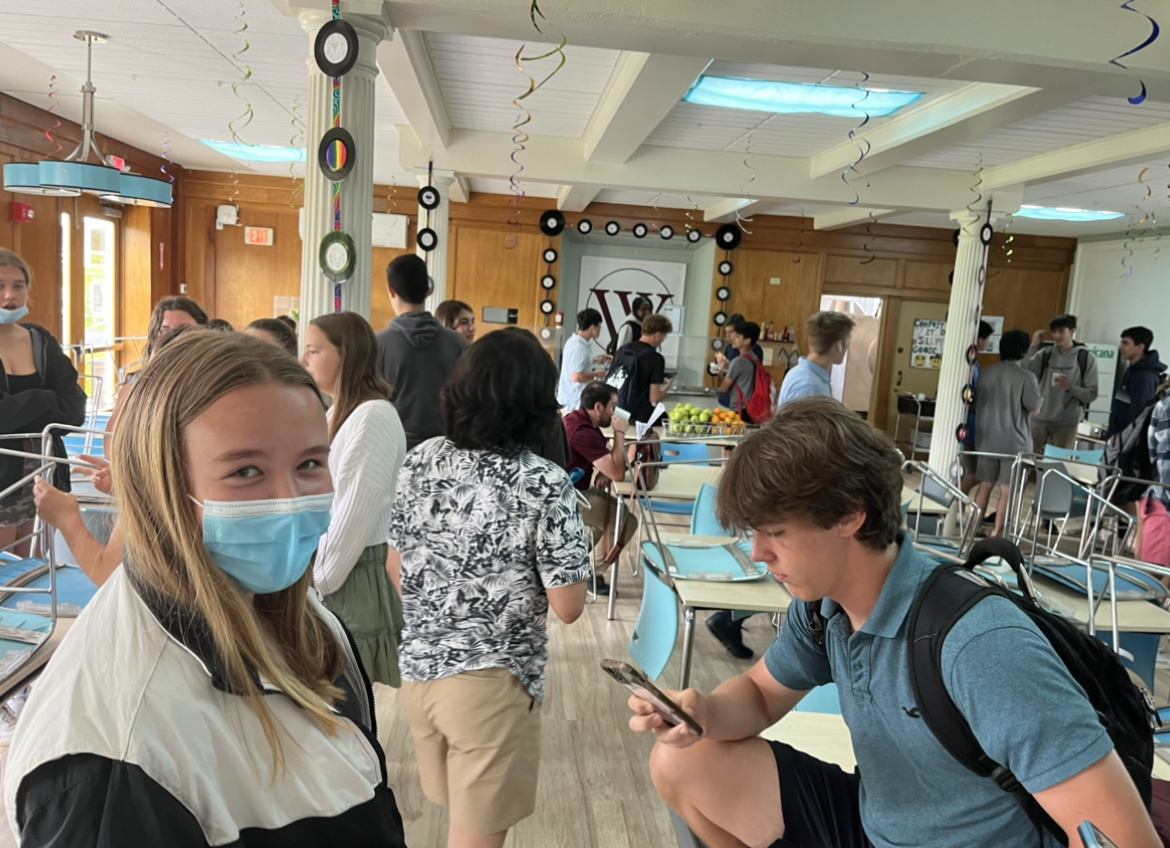 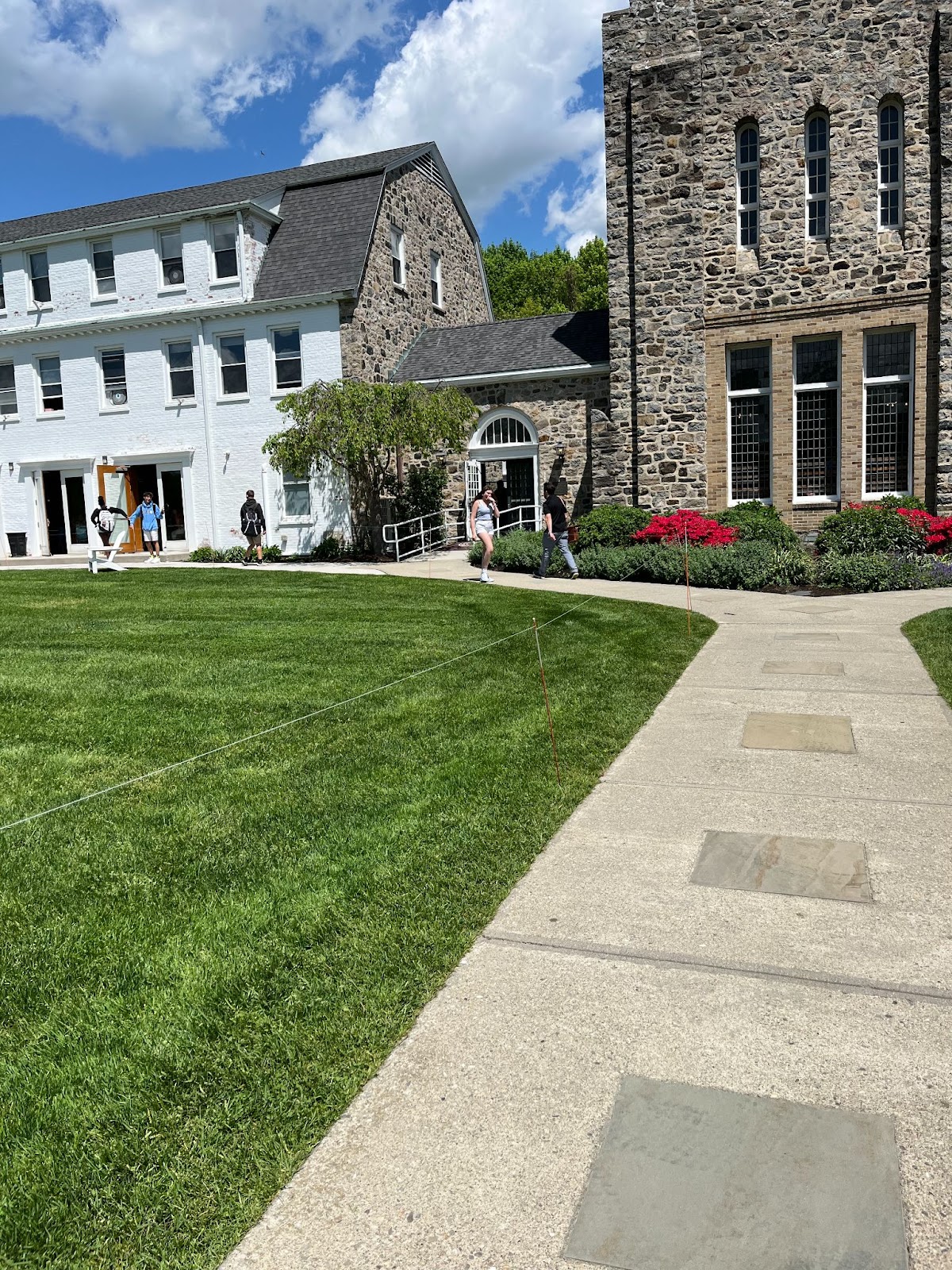 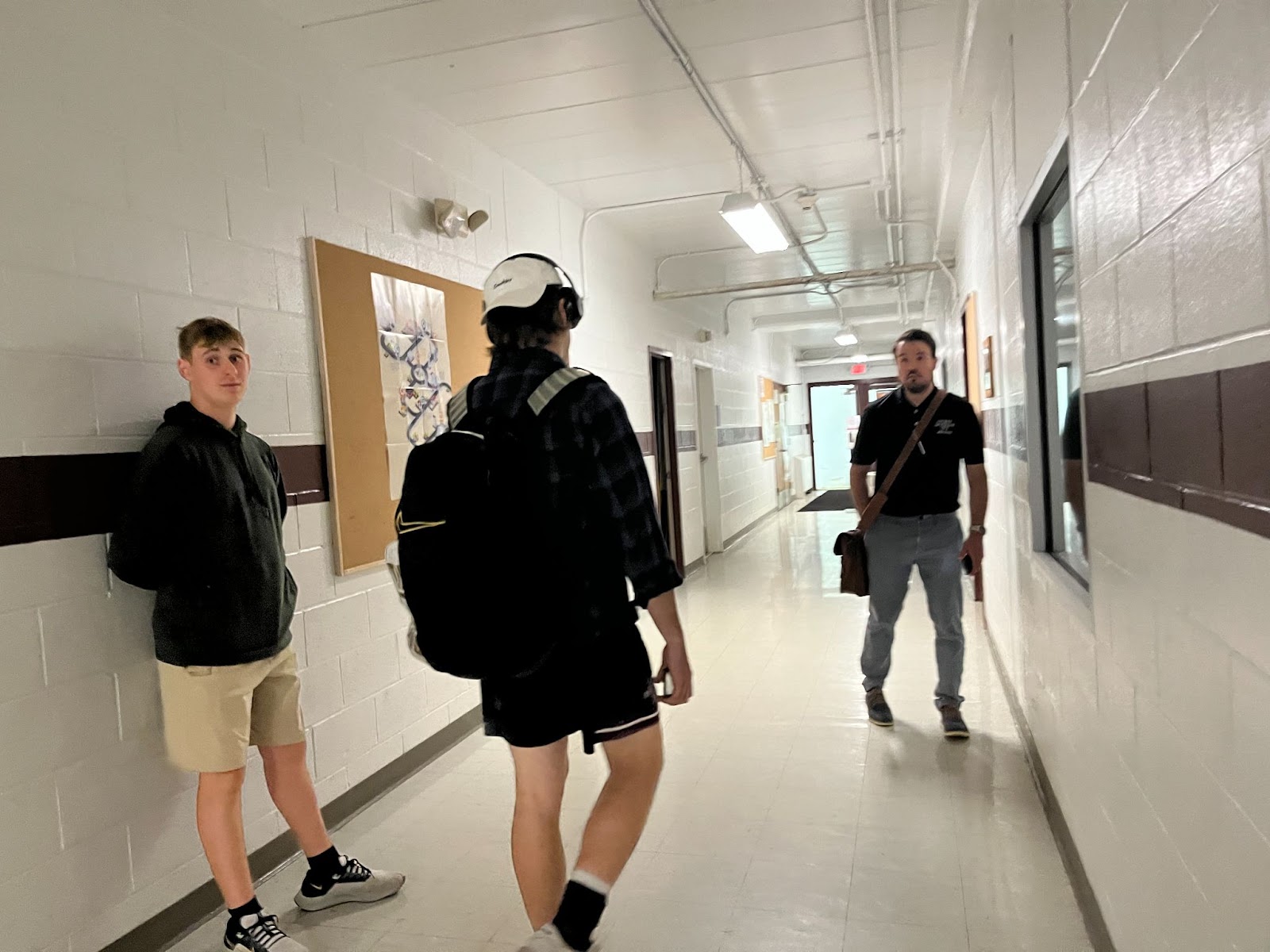