<Back to News
The Authenticity Project

I just finished the book The Authenticity Project. When I saw this book on the shelf, I was immediately drawn to it simply by the title. I thought that it really matched the type of things that I like to read. Having finished it, I can say it is now one of my favorite books. Everything about it spoke to me, and I would like to tell you about it. With that, there's another book I recently read and it is interestingly the exact opposite. 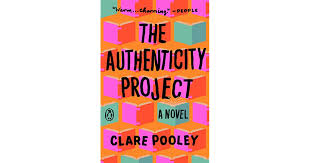 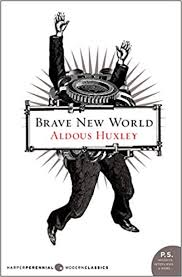 (the covers are even the opposite of each other)

The basis of The Authenticity Project is six characters being brought together by a journal. The journal starts its journey with a 79-year-old man who first writes in it. Stated simply, he writes, I'm lonely; I don't want to spend my days waiting to die. I want to tell the truth of my life. He goes on to tell a few events of his backstory. He then leaves the notebook at his local cafe. The owner of the cafe picks up the journal and saves it for later to read; knowing it wasn't left behind. She then writes in it and leaves it somewhere. Another man takes it and writes in it. He leaves it in someone's bag. This cycle continues throughout the book. Each character writes the truth of their life, and beings to be authentic with themselves for the first time.

Another beauty of passing on the journal is each person tried to support the previous person. After reading their story, they made an effort to help them. The second person who received the journal reached out to the man and offered for him to teach an art class at her cafe. He wrote in the journal about his life as an artist somewhat disappeared and he hadn't painted in decades. Those actions begin their friendship.

The entire book revolves around each character learning something new about themselves and challenging themselves to be friends with people they didn't necessarily think they would like. I think the idea of The Authenticity Project in the book or in real life is to not be afraid to try something new or be who you want to be. Each of their stories progressed in a way where you could see their character development. You could see the people that they were becoming and how important it was to them. There were realizations and they took responsibility for their actions.

In contrast, for English class, I read Brave New World. I would say this book is the exact opposite of The Authenticity Project. In Brave New World, each character lacks individuality, self-responsibility, uniqueness, and simply: personalities. There was minimal character development and what was there was extremely dull. The characters in The Authenticity Project have rich character development that makes you want to be a part of their friend group by the end. They truly wanted to make their life better and the lives around them thrive just as much. It all revolves back to the importance of authenticity.

Brave New World had an unresolved and frustrating ending. The Authenticity Project ending sets up for another book. The last page is a new character finding the journal and saving it for later. I think The Authenticity Project really shows the impact our actions have on others. One tiny action we can do for someone else could mean the world to them. In Brave New World no one cared about anyone but themselves; no one wanted to develop friendships or make connections with people. They didn't want to discover who they were and definitely went with the status quo.