<Back to News
Trump's Accomplishments as President

Trump's Four Years as President of the United States

As we look back at Trump's four years as president, he accomplished a significant amount and more than people give him credit for. There are far too many things to list but here are some of the major accomplishments we would like to highlight. The opportunity and promise that President Trump created for American citizens of all backgrounds was outstanding and hard to match. One of his biggest accomplishments was his record-low unemployment rate. The unemployment rate reached 3.5 percent, which is the lowest in half of a century. There were more Americans reported being employed than ever before-160 million people were employed. Unemployment rates for African Americans, Hispanic Americans, Asian Americans, Native Americans, veterans, individuals with disabilities, and those without a high school diploma all reached record lows. The unemployment rate for women hit a record low that hasn't been seen in nearly 70 years. Even more, nearly 70 million people were taken off of food stamps, and the poverty rates for African American and Hispanic Americans reached record lows.

President Trump's policies also helped to improve the stock market and help get jobs, factories and industries brought back to the USA. Trump and his administration created 1.2 million manufacturing and construction jobs, which helped get people out of poverty by getting them employed. One of the record-breaking stock market numbers was in 2017, when the Dow closed above 20,000 for the first time and topped 30,000 in 2020.

The prosperity felt in America over the last four years was because of the economic plans and policies that Trump instituted. With President Biden's flurry of executive orders undoing many of Trump's policies that took years to establish, we believe that he's trying to basically erase everything that Trump ever accomplished.

Here are the executive orders Biden has signed so far - CNN 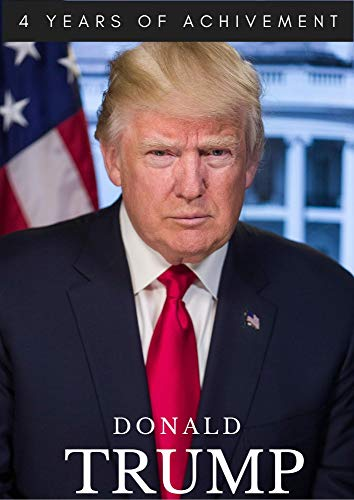